We collect data to better understand how incentives in the criminal justice system encourage defendants to formally admit guilt, particularly through pleading guilty.

Children are particularly susceptible to pleading guilty, or to admitting guilt in exchange for a caution, when they are innocent.

Please see below for our research reports on guilty pleas in children:

For our academic publications on guilty pleas, visit our publications page. For details of some of our other projects and data, please see below.

The data currently available for 2020 is for the Crown Court and suggests a significant increase in guilty pleas in the first quarter of 2020. This increase may be related to the increasing use of technology in the trial process (for more information see our Justice Online wiki).

Case studies from our Miscarriages of Justice Registry show that people who are innocent do plead guilty in real cases in England and Wales. 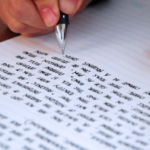 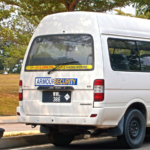 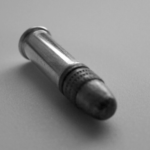 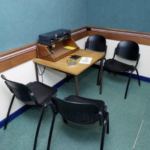 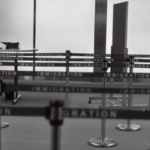 We have surveyed lawyers and defendants in the United States and in England and Wales to understand when and why defendants plead guilty.

Our research has specifically examined perceptions of how often innocent people plead guilty, and pressures (other than guilt) that may cause defendants to plead guilty.

Data from the same study also provides insight into the pressures defendants face that may lead to guilty pleas from innocent defendants.

Interviews with legal professionals (N=90) in England and Wales suggest that defendants, including innocent defendants, can end up feeling pressured to plead guilty, for example, as a result of:

The three quotes below are taken from R. K. Helm, ‘Constrained waiver of trial rights’ (2019) 46(3) Journal of Law and Society 423. If you have additional feedback on guilty plea decisions or procedure, you can add it to our database by hitting the “edit” button. We review all feedback we receive.

People who have no fixed abode rarely get bail – the court will take the view that they are unlikely to come back to court on bail. So, if they plead not guilty their case is adjourned for a trial and they are remanded to prison. Frequently the sentence they would serve if they pleaded guilty is less than the time they spend on remand.

I have advised clients in this situation [where a guilty plea can secure release from custody] as the time it takes to get to trial these days means this is not an uncommon scenario. Most defendants value their freedom and take a pragmatic approach and plead guilty. Liberty is a highly persuasive factor in a defendant’s choice to plead.

There is clearly a risk that defendants plead guilty to avoid the court process and the delay that it involves.

We are also drawing on survey data to provide insight into particular vulnerabilities that might be faced by children when deciding whether to plead guilty.

Our experimental work highlights unique vulnerabilities in children when making plea decisions and suggests that children may be more prone to pleading guilty to crimes they did not commit due to the way that they process information and decision-options (Helm et al, 2018). For an analysis of the legal consequences of these vulnerabilities see Helm 2021.

We are currently collecting data from legal professionals and children who have been involved in the justice system in an Economic and Social Research Council Funded project seeking to understand when and why children plead guilty and how reform may protect children accused of crime. The data below is taken from a pilot study where we asked around 20 lawyers what is important to adult defendants and what is important to child defendants when deciding whether to plead guilty. The data highlight potentially important differences in plea decision-making.

If you have experience of guilty pleas in children that you would be willing to share with us as part of this project please contact us. Below is some initial pilot data from interviews with lawyers that provides some initial insight into when and why children and adults plead guilty.

In our experimental work we examine the conditions under which innocent defendants are likely to plead guilty, and pressures that defendants may face that are likely to influence innocent as well as guilty defendants. Our work focuses on plea systems in England and Wales and the USA and is based on psychological theory and quantitative data analyses. These analyses can help inform legal procedure that will maximise guilty pleas from guilty defendants and minimize guilty pleas from innocent defendants. The analyses can also help identify conditions under which defendants who are innocent would be likely to have pled guilty.

Our existing work suggests children and a certain sub-group of adults are more prone to pleading guilty to crimes that they did not commit and making decisions that do not reflect underlying values (see Helm & Reyna 2017 and Helm, Reyna, Franz, & Novick, 2018).

Dr. Helm is currently a co-investigator on an American Psychology and Law Society funded project using computational modelling to advance our understanding of guilty plea decision-making. A long-term goal of this work is to generate policy recommendations that will maintain a high rate of guilty pleas among the factually guilty, while preserving defendant autonomy and minimising the risk that innocent defendants will plead guilty. The project is in collaboration with Dr. Tina Zottoli, Dr. Vanessa Edkins, Dr. Michael King, and Dr. Michael Bixter.

‘Plea decision-making: the influence of attorney expertise, trustworthiness, and recommendation’

‘Freedom now or a future later: Pitting the lasting implications of collateral consequences against pretrial detention in decisions to plead guilty’

‘Too young to plead? Risk, rationality, and plea bargaining’s innocence problem in adolescents’

‘Taking responsibility for an act not committed: The influence of age and suggestibility’

‘Legal decisions of preadolescent and adolescent defendants: predictors of confessions, pleas, communication with attorneys, and appeals’

‘Investigating true and false confessions within a novel experimental paradigm’

‘The effects of likelihood of conviction, threatened punishment, and assumed role on mock plea bargaining decisions’

‘Bluffed by the dealer: Distinguishing false pleas from false confessions’

‘To Plead or Not to Plead: A Comparison of Juvenile and Adult True and False Plea Decisions’

‘Fairness and the willingness to accept plea bargain offers’

‘Diverging from the shadows: explaining individual deviation from plea bargaining in the “shadow of the trial”’