A range of different disciplines in forensic science are important in both civil and criminal justice systems. However, sometimes evidence from forensic sciences can be presented in court in a way that is misleading, and detached from the reality of how the evidence was gathered and its reliability.

We collaborate with experts studying the generation and evaluation of evidence in forensic science disiplines including Dr Bethany Growns (feature comparison evidence) and Dr Dana Wilson-Kovacs (digital forensic evidence) to understand realities underlying forensic science evidence, and to examine the extent to which these realities are appropriately reflected in court. 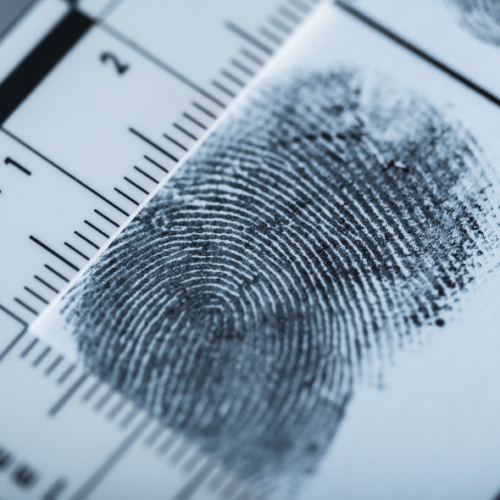 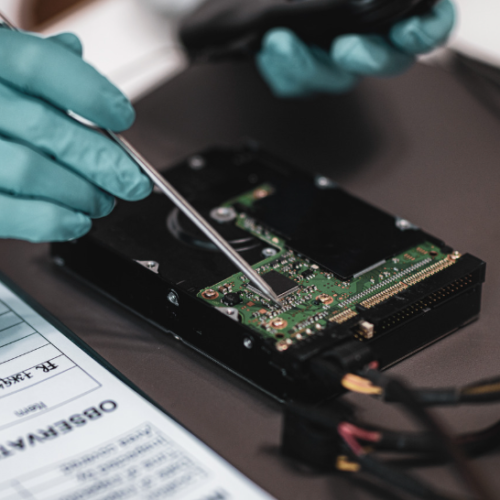 Many people think that forensic sciences that involve feature comparisons, such as fingerprint matching or bullet matching, are exact sciences with reliability similar to DNA analyses. In fact, these comparison tasks are undertaken by human decision-makers.

We are collaborating with Dr Bethany Growns, an expert in decision-making in forensic science, to understand how forensic examiners make decisions in feature comparison disciplines, how performance can be improved, and whether potential flaws in evidence are adequately accounted for in court.

Our research investigates the psychological mechanisms behind how forensic scientists make decisions. How does a fingerprint examiner determine whether two fingerprints are from the same person or two different people? How does a firearms examiner decide whether two cartridge cases have been fired from the same gun or two different guns? Our research examines the psychology behind how forensic scientists make these decisions and how they reach their ultimate conclusions.

There are several psychological mechanisms that underpin how forensic scientists make decisions. One that Dr Growns investigates is called statistical learning – or the ability to learn how often things occur in our environment. For example, you might know that “E” is more common in the English alphabet than “Z”. Dr Growns’s work shows that forensic scientists learn and apply this type of information about forensic evidence. The rarer something is in the general population (like a certain fingerprint type), the more helpful identifying information it provides.

Our research also investigates how new forensic scientists could be selected and recruited. Our upcoming research has shown that certain people have superior performance in ‘matching’ tasks than others – without any forensic science or training. Forensic scientists train for many years to acquire their exceptional skill in their work, but there may be people out there that have a natural aptitude for it.

Could you be a “super-matcher”? To take the test and find out, click here.

Forensic scientists – just like any other human – can fall prey to cognitive biases that can lead to errors in their decision-making. We examine potential biases that could be impacting decisions that feature comparison experts make, and how those biases might be corrected.

We are conducting research into the use of digital forensic evidence in the legal system.

We are conducting research into the recently identified Post Office Scandal, in which sub post masters and mistresses were accused of a range of offences on the basis of shortfalls in their accounts flagged by the Horizon computer system. It has now come to light that these shortfalls were erroneously generated by the Horizon system.

As part of our work on the scandal, we are examining how flaws in the Horizon system were not properly investigated, and challenges faced by defence lawyers in properly critiquing Horizon evidence.

We have recently been working with defence lawyers to better understand the challenges that they face in interpreting and critiquing digital forensic evidence. We have surveyed and interviewed over 100 lawyers and are in the process of analysing and writing up results.