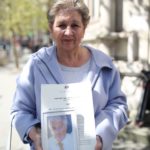 Julian Wilson was one of the “Post Office 39,” a group of former sub-postmasters and post-mistresses who were convicted of offences including theft, false accounting, and fraud, based on information from a computer system called Horizon which suggested that money had gone missing from post-office branch accounts.

Mr Wilson pleaded guilty to two counts of fraud. He received a community sentence order with 200 hours of unpaid work. He was ordered to pay prosecution costs in the sum of £3,500.

Mr Wilson had raised concerns about Horizon with his line manager. He died in 2016 and his widow believes that his death was a result of his humiliation of being falsely convicted.