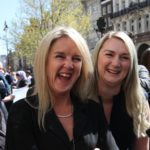 Janet Skinner was one of the “Post Office 39,” a group of former sub-postmasters and post-mistresses who were convicted of offences including theft, false accounting, and fraud, based on information from a computer system called Horizon which suggested that money had gone missing from post-office branch accounts.

Ms Skinner pleaded guilty to one count of false accounting. The alleged shortfall was £59,175.39. She was sentenced to nine months’ imprisonment and was ordered to pay £11,000 of compensation to the Post Office.

Ms Skinner said she was devastated by the miscarriage of justice, “I was devastated. I was sent to jail for something I hadn’t done but no one would believe me.”