Forensic science is at a turning point – many forensic disciplines lack evidence of their reliability and validity due to their non-scientific roots. Despite how it is portrayed in the media, outside of nuclear DNA and chemical analysis, forensic science largely relies on human decision-makers who analyse forensic evidence with little input from computers or algorithms. This is why it is important to understand exactly what underpins the expertise of forensic scientists – how and how well do they make decisions?

Together with the research and forensic science community, we work with interdisciplinary groups across the world – like the Evidence-Based Forensic Initiative and the Future of Forensic Science Initiative – to foster a research culture to investigate many of the questions that remain unanswered in forensic science. How well do forensic scientists perform in their work? How can we improve their procedures, practice and decision-making? 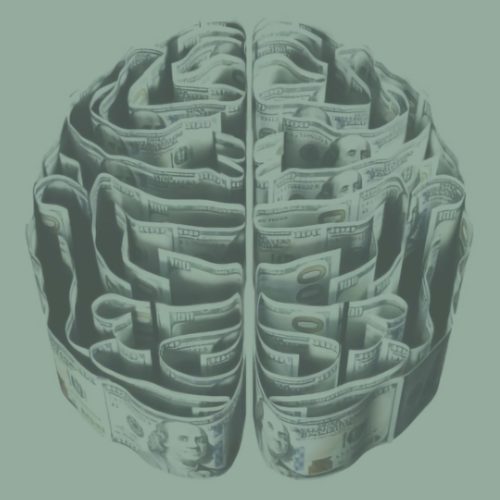 Our research investigates the psychological mechanisms behind how forensic scientists make decisions. How does a fingerprint examiner determine whether two fingerprints are from the same person or two different people? How does a firearms examiner decide whether two cartridge cases have been fired from the same gun or two different guns? Our research examines the psychology behind how forensic scientists make these decisions and how they reach their ultimate conclusions. This is particularly important because once we understand what makes forensic scientists good at this task, we can train new experts to use these techniques to improve their professional performance.

There are several psychological mechanisms that underpin how forensic scientists make decisions. One that our lab investigates is called statistical learning – or the ability to learn how often things occur in our environment. For example, you might know that “E” is more common in the English alphabet than “Z”. Forensic scientists learn this type of information about forensic evidence. Our research has shown that forensic document examiners know the frequency of handwriting features better than lay people, and we have upcoming research also shows that fingerprint examiners know the frequency of fingerprint types better than lay people. This information helps forensic scientists in their work as the rarer something is in the general population (like a certain fingerprint type), the more helpful identifying information it provides.

How well do you think you would do compared to a forensic scientist? Take our test below to find out!

Our research also investigates how new forensic scientists could be selected and recruited. Our upcoming research has shown that certain people have superior performance in ‘matching’ tasks than others – without any forensic science or training. Forensic scientists train for many years to acquire their exceptional skill in their work, but there may be people out there that have a natural aptitude for it. There may be “super-matchers” out there who naturally outperform most other people who don’t even know they have the skill!

We don’t yet know why these people have this natural ability, or what underpins how these individuals make decisions. It could be related to a broader visual skill in remembering and comparing visual information as there are people that are also “super-recognisers” who have exceptional skill in remembering faces who also perform really well in our tests. However, much more research needs to investigate exactly what makes these individuals so special before we can draw such conclusions.

Could you be a “super-matcher”? Take our test below to find out, or read more here.

Forensic scientists – just like any other human – can fall prey to cognitive biases that can lead to errors in their decision-making. Research has shown that forensic scientists can be unconsciously and unintentionally influenced by irrelevant information around them in their work. Our research investigates some of these biases and ways that we can develop solutions to avoid these cognitive biases.

One of the many things that can unintentionally influence forensic scientists is how often they see ‘matching’ and ‘non-matching’ pairs in their work. If they see one type more than another, they may be more likely make mistakes on the type of pair they see less often. Our research recently showed that novices’ fingerprint comparison errors increase when they see one type of pair far more often than the other and we are currently investigating ways to reduce this type of bias. Whilst this research hasn’t yet been extended to professional forensic scientists, we know that other professionals – like radiologists or TSA agents – are not immune to this type of bias, so forensic scientists could also be susceptible. This makes it even more critical to find ways to reduce this type of bias in forensic science, as well as the many others out there.